We woke up early, and after a hurried shower and breakfast we caught the bus towards Pokhara. I listened to Electric President on the way, and admired the view. At a roadside restaurant we had Dahl Baht, and I met an Australian who was working in India as a coastline engineer. We got off in a little town and from there caught the bus up to Bandipur. 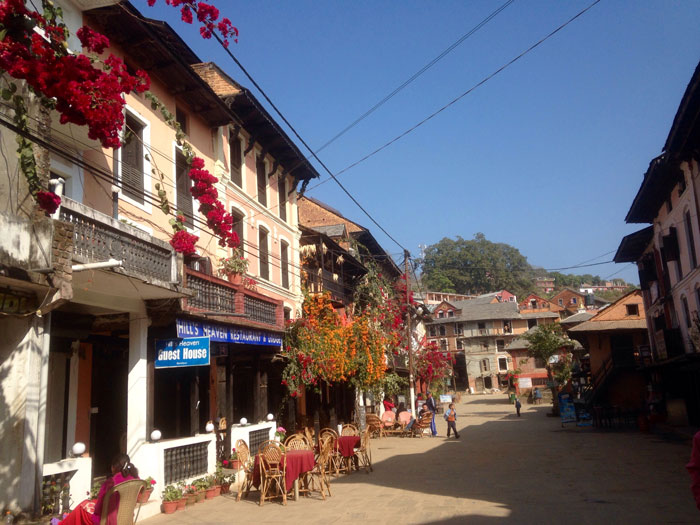 The village is really nice, the old buildings and cobblestone streets give it an almost a European feel, and it is on top of a hill with an amazing view. We left our bags at our hostel on the main street, and walked around for a while, then up to a monastery. From there we could see the Himalayas through the haze. I walked on by myself and came to a little Hindu shrine. An old lady put some ‘tika’ on my forehead, gave me a mandarin to eat, and then put up my hair and put flowers in it - which is apparently only customary to girls. We walked up the hill to see the temple, the view of the mountains, and the sunset, it was very nice. As it got dark we settled down for dinner at a little cafe on the main street. After a short walk through the streets we left Bandipur early, walking down into the cloud shrouded forest - it was an eerie kind of beauty. We came to the region’s famous cave, and went inside. It was completely dark and the way was difficult at first, and then it flattened out and we came across a little candle-lit camp where a meditator was living. In order to make the most of the acoustics, I played some mandolin in the dark, and it sounded very impressive. 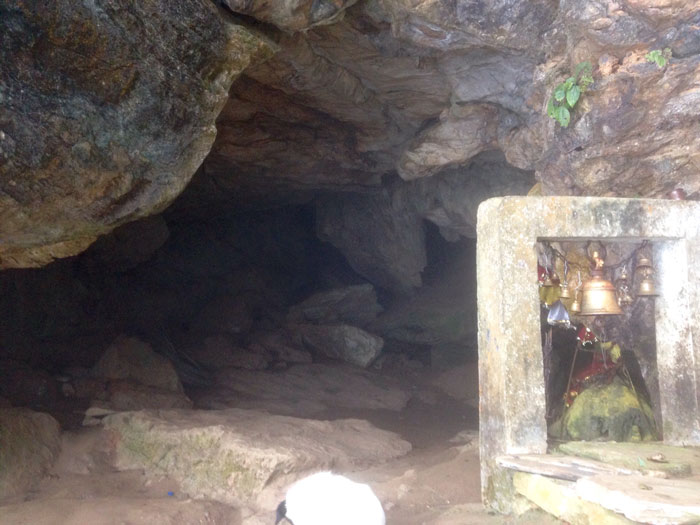 We continued walking down through the forest and came to the town. While I waited I watched a group of locals very enthusiastically play a game which resembled kelly pool played with little disks flicked by the finger rather than balls and cues. We caught a bus and then another to Gorkha, where we had lunch and went to a local festival. It consisted of food, rides, and a stage which might have had live music later. One of the attractions was a circular wall which a couple motorbikes would ride around on a steep angle. It was very busy and so we soon left and waited at the bus station for our next bus. We had the back seat, shared between seven people and many bags of rice. It was very dusty and bumpy, but it was a good view. 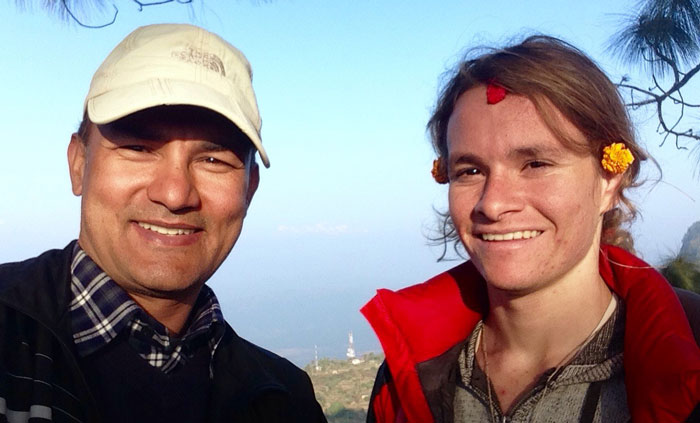 We arrived in time to watch the sunset over the village from Shiva’s parent’s place. The house was in a very small farming village tucked into the hillside, in a region which seemed very untouched from the outside world - Shiva said I was probably the fourteenth foreigner to visit. It was very peaceful and quiet, and everything happened at a slow pace. I sat on the bench out the front and watched as Shiva’s father took a very old, hardened corn cob from a crack in the roof, and used it to grind the corn off of a fresher cob of corn. He then cooked the corn over the fire until only about a quarter of it had popped, and then served it like that with soya beans. It was quite hard to eat, but well. As it got dark Shiva and I played mandolin and flute, and then we all sat down on the floor and had a dinner of rice pudding.