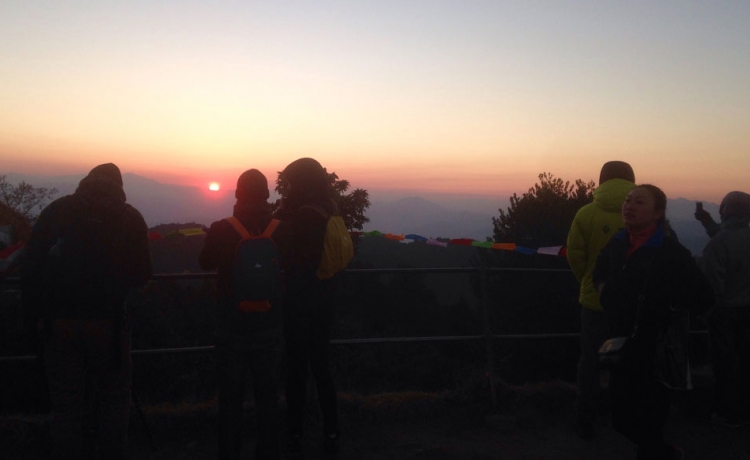 Nagarkot lies north-east of the valley rim of Kathmandu . It is 32 km far from Kathmandu and takes one and half hours. Nagarkot, literally in Nepali, Nagar means ‘City’ and Kot means ‘Fort’. Since the Lichhavi period, the ancient trade route to Tibet passed through Nagarkot. There stood a Mahankal Temple (a guarding deity) and the fort collected trade taxes and immigration controls. Father Grueber and Dorbille was the first European to enter Kathmandu in 1661 on their way to Rome from Peking. They were received at Nagarkot by the escort of the king Pratap Malla of Kathmandu. Nagarkot has been the favourite summer resort of kings and Maharajas. Their summer palace ‘Bhangeri Durbar’ is now converted into Military Academy. Nagarkot is famous for the most spectacular sunset and sunrise over the Himalayas, from the best vantage point. Nagarkot offers the view of Langtang, Jugal, Gauri Shankar, Dorje Lakpa and Chobha Bhamre including the panorama stretching over 300 kms.

Nagarkot is in 2175 m high from the sea level. It is the best known for honeymooners’ paradise due to its serene and tranquil atmosphere. The lush green forest, diversity in wild animals and plants, terraced farmlands and friendly local people with their cultural practices make Nagarkot worth visiting. I (Shiva Dhakal, the Tour Guide), Eedes Shipley from U.S., and Huan Wang from China drove early at 4 am by car to Nagarkot. As the road from Bhaktapur to Nagarkot was under construction, we were slow to drive to Nagarkot. We reached to tower at 5:15 am but it was still dark. We stopped in one local tea shop and had black tea. We met the group of trainee came for sun rise by big bus. There were many people coming for the sunrise and Mountain View despite off season. The weather was pretty fine. The sunrise was at 6:42 am and the Mountains were changing their colors slowly from white to crimson. After sun’s light on the ground, the frost was slowly disappearing. After sunrise, we descended down and walked around Mahankal temple. We took our breakfast in the local temple, had chapatti and curry and started our hiking to Changunarayan. We took a trail that plummets to little stream through Newari settlement from the police station. We gradually climbed up through the village passing sister’s hostel and reached to the junction. We went straight and reached to Buddha Statue. 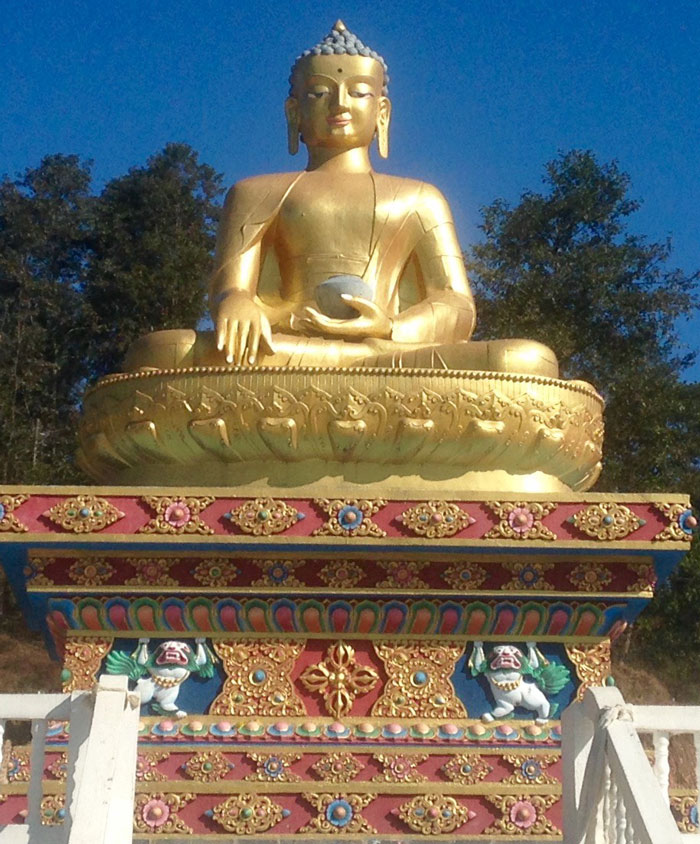 We kept going through the ridge and met a pitched road. After walking about 10 minutes, we took the way from the Bodhi tree passing small Mane (Stupa) and continued our walk. We chose a short-cut way down to Jalpa Devi Temple and reached to Telkot going from the stairs.

We followed the dirt road through the forest, hiked up and went straight to Changunarayan. This is about 4 hours hiking from Nagarkot to Changunarayan. Changunarayan is UNESCO World Heritage Site, famous Bishnu temple, situated at 1650 m high from the sea level. It is the oldest temple which is considered to be one of the greatest artistic legacies of the Lichhavi era. It is universally acknowledged as the stately example of pagoda style temple in the valley from 4th century A.D. 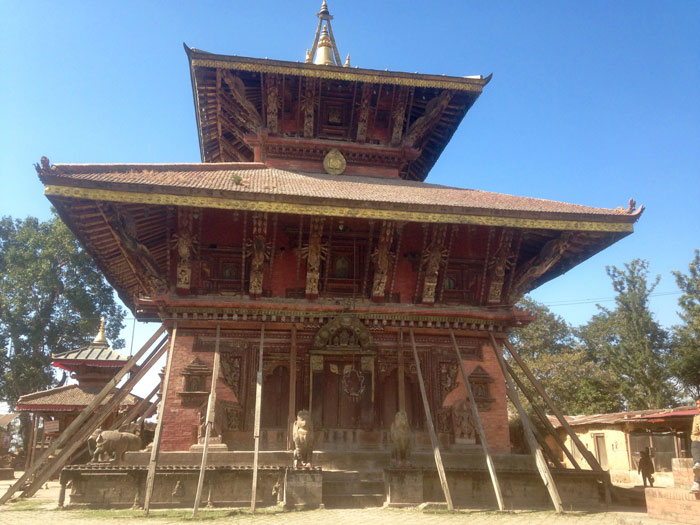 After visiting Changunarayan, we drove back to Kathmandu. We had an amazing sun rise, village walk and day hiking from Nagarkot to Changunarayan.