Nepal: Beautiful Country in the World 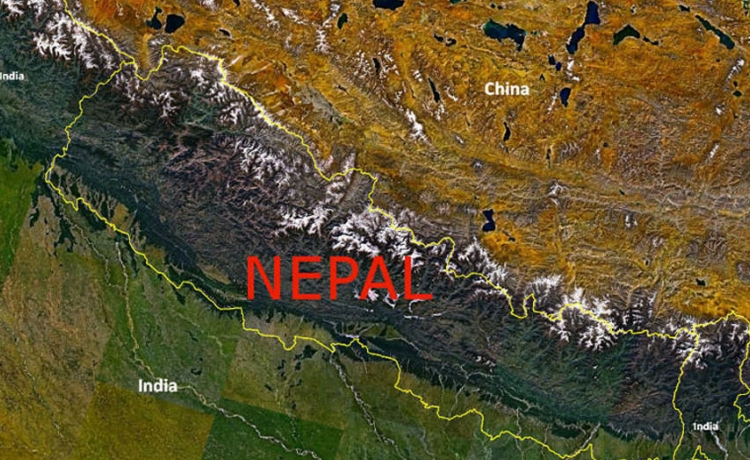 A tiny mountainous country Nepal is a landlocked country. It lies between two giant countries India and China. It comprises a small territory of 1,47,181 sq. km extending approximately 880 km east to west in the shape of an elongated rectangle. The population of Nepal is approximately 27 million according to the census 2011. Nepal is ubiquitously known for its distinctive feature – “A land of diversity”. Hardly a few lands of the world as small as Nepal harbor such incredible contrasts and the complexities. The diversional landscapes, dense swampy forests, lush green valley, bleak alpine highlands, splashing rivers and fantastic snow peaks etc. all do expose the glamorous beauty of Nepal.

Geographically Nepal can be divided into three zones-Himalayan, Hilly and Terai realms. Himalayan realm is the homeland of panoramic snowy peaks- eight out of 14 highest peaks in the world viz-Mt Everest (8,848 m), Kanchenjungha (8,586 m), Lhotse (8,516 m), Makalu (8,463 m), Cho Oyu (8,201 m), Dhaulagiri (8, 167 m), Manaslu (8,163 m), Annapurna I (8,091 m) all over 8,000 m. Multi-dozen rivers perennial and non-perennial rivers do originate from them and flow down providing endless opportunities of rafting, boating, fishing, irrigating, and immense hydropower potential. The entire hydropower potential is 83,000 megawatt In fact; the mountain region is uninhabited except some scattered settlements in the mountainous valleys and plains.

Likewise, the hilly region does have diversional landscapes, insurmountable hills, fertile valleys, hilarious flora and fauna, tranquil lakes and so on. And, a low, fertile and alluvial plain the Terai realm is known as the “Food Basket”, exhibits excellent wild lives in the dense forests. The mountain range has bitter cold winter where as the southern belt has a hot tropical climate. The effect of the environmental differences on crops and vegetation result in equally striking variations in population density.

From linguistic and cultural point of view, the Mongolians from north and Indo Aryan from south since pre-historic times have come to form a racial and cultural unison and harmony. Nepal is of course, the home of Gorkhas - Magars, Gurungs, Newars, Rais, Brahmins, Chhetris and others. They though speak their own language and commemorate their own feasts and fiestas, also being united do celebrate the national carnivals at their best. Similarly, from religious point of view, Nepal is the sacred birthplace of Buddha “The prophet of peace and non-violence”, People have religious harmony in each other and we have never religious strife, riots. People have faith on Hinduism and the other religions prevailing are Christianity, Muslims, and Sikhs. No doubt, Nepal is a secular state.

Nepal is an agro based country. Approximately 80% people entirely depend on agriculture. It is carried mainly in the Terai and plain valleys. The Terai produces rice, wheat, sugarcane, fruit, oil-seeds etc. Similarly, animal husbandry is a prime occupation in the Himalayan realm, since the high peaks are snowcapped and the hills are forested. Goats, sheep and yaks are reared on the pasturelands. However some educated people are employed in other sectors viz- administration, business, teaching, and so on.
A few years ago, Nepal was a backward country. After the restoration of democracy, endless opportunities of multiple fields and streams have opened. So, we do hope Nepal will definitely march ahead on the road of peace, progress and prosperity.